I recently got a chance to buy an iPhone. After I had made sure that doable iPhone unlocking methods existed, I went for it. 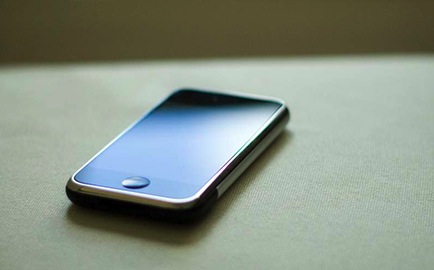 Engadget recently announced a software unlock. Mainstream media (MSM) has been picking up this story as well as different hardware based unlocks. The only problem with the software unlocks is that they are not available yet.

But it has been possible to use your iPhone with other operators than AT&T for quite some time now, before the ones that mainstream media is currently talking about. One hack is to use a small sim card enclosure called the “turbosim”, but they are sold out. Another one is called the “supersim”. Neither of these methods require you to modify the iPhone hardware. Basically the supersim method works like this: You create a new SIM card that works like your existing local SIM card. Then you use software to activate the iPhone in a way that makes it compatible with this new SIM card. I used the supersim method, and have been using the iPhone with my Danish mobile phone operator since wednesday last week. As far as I know there are only about 5 unlocked iPhones in Denmark right now.

The interface is awesome. It’s fun to flick between the pictures and music albums, to zoom in and out on pictures and websites etc. This is really a big step up from the interface of other phones. Like the interface from the Minority Report movie. My previous phone - a Nokia 7610 smartphone feels very 20th century in comparison.

The virtual keyboard works OK - much better than a numeric keyboard with T9. I learned that to avoid typos, you can make sure that the correct key is selected before you lift your finger from the screen - if you hit the wrong key you can slide to a different key before lifting.

The exterior is awesome too. It’s not all hard plastic like my old Nokia, but mostly glass and aluminium and a little chrome and rubber-ish plastic. Like a Mac, Apple has been careful about all aspects of the product and how it all works together. That said, it’s not perfect of course. There is plenty of room for improvement and refinement. I welcome software updates with new features. Preferably those updates should be compatible with the SIM unlock hacks ;-)

There’s an email application called “Mail” similar to the Mac “Mail.app”. It doesn’t have a spam filter like Mail.app does though. So what I did, was to run my email through a GMail account and use setup the GMail account with POP and SMTP on my iPhone. That’s an easy way to get server based spam filtering.

The iPhone doesn’t do everything. You can’t use custom ring tones (without hacking it), it doesn’t send MMS etc. But I don’t care, those features aren’t important to me. On the other hand the iPhone has features that no other phones have, but it is really about the product as a whole and not a checklist of features. For what it is the iPhone is really good. Interacting with my phone is now fun instead of being a bit of a pain. If you want a nice phone with a nice interface, email, a proper web browser and an integrated portable music & video player, the iPhone does a good job.