Counter example: Because of daylight saving time (DST) some days could have 23 hours and some could have 25 hours. Or some other amount of hours - whole or not.

Some times the UTC offset for a time zone is changed.

January 1st is not always a monday so some days of an ISO week will be in different years. Example: 2014 December 28th belongs to week 1 of 2015.

Throughout history there are examples of DST rules that set the clocks back and forth 2 hours or 30 minutes. A current example (h/t Derick Rethans) is Australia/Lord_Howe which advances the clocks by 30 minutes for DST.

Not in the southern hemisphere, where summer time might begin in October and end in March. 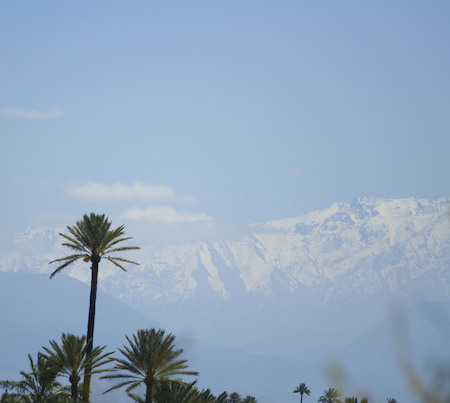 Except for Morocco, where in the middle of summer, DST is suspended for a month during Ramadan (depending on which year it is).

If time zone rules change in the mean time for the time zone in question, converting back from UTC to “local time” might produce a different result. Follow this link for a solution.

In 2014 there were 10 updates to the Olson database released during the year.

CST is also used for: Cuba Summer Time, China Time, Central Standard Time (Australia). PST is used for Pakistan Standard Time and Pacific Standard Time. If you want a unique identifier for the time zone in the Pacific West of the USA it looks like this: “America/Los_Angeles”.

There might be leap seconds introduced, but you cannot be sure when or how many. However they are announced at least 6 months in advance, so if none of the two times are more than 6 months in the future and you keep up with news about leap seconds you can calculate it.

In central European time zones such as Europe/Copenhagen, that time does not exist in local time because of DST making the clocks being advanced by an hour from 2:00 to 3:00. This causes an hour to be skipped.

When leap seconds are inserted, a minute will be 61 seconds long.

Many people write libraries without knowing much about the domain. And developers who also do not know much about the domain will use those libraries. Often things will work fine for a long time if for instance you only deal with timezones in a few countries where the time zone rules do not change a lot. It works fine - until it does not. It can become a case of the blind library developers leading the blind library users.

This text was inspired by other “falsehoods programmers believe” posts. And also by my experiences building a tzdata parser and date-time library for Elixir and using other date-time libraries through the years.

PS. This was meant as a thought provoking eye opener. But all of this might seem negative and not constructive. Pointing out problems without any solutions. What can you do, to avoid having these issues cause problems in the systems you develop? I plan to write posts about solutions, so check back here soon.